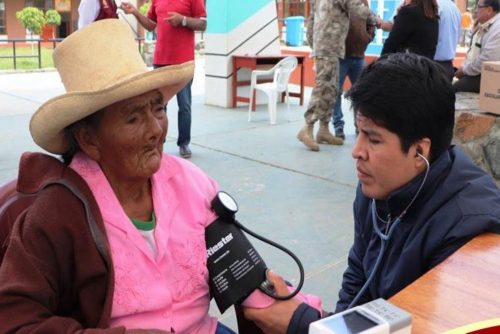 Around 1,700 people from the Ancashino district of Moro, located in the province of Santa, and their 24 villages benefited from free medical care and distribution of medicines, thanks to the “Solidarity Sea” campaign carried out by the Peruvian Navy. reported.

The social activity was executed in coordination with the District Municipality of Moro. The mayor of this jurisdiction, Ivo Rincón Ruíz, stressed that it is the first time in the history of this district that an institution such as the Navy carries out such interventions for the benefit of the population.

“We are happy for this action; Moro has been blessed and hopefully again a new civic action by the Navy. But not only the inhabitants of Moro benefited, also from the district of Nepeña and Jimbe, ”he emphasized.

It was three days of conferences. The most required specialties were pediatrics, general medicine and dentistry. In addition, the patients received talks aimed at improving good healthy practices in nutrition and handwashing, while the children received a kit for oral hygiene and were guided in the correct brushing of teeth.

The general commander of the Peruvian Navy, Admiral Fernando Cerdán Ruiz, personally monitored the completion of the day. In addition, he highlighted the reception and participation of the population, because, he said, the goal of the beneficiaries was exceeded. 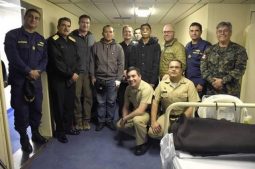