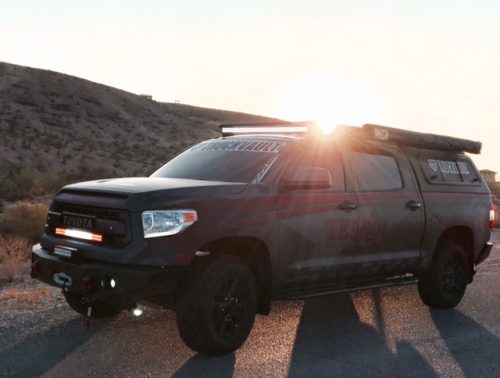 So Linder sought out Team 5 Ambassador Sgt. Dakota Meyer, a Medal of Honor recipient who partners with Toyota and Hiring Our Heroes on a set of programs to help veterans, transitioning service members and military spouses find meaningful employment. Sgt. Meyer put Team 5 in touch with Toyota, and Toyota was quick to respond, donating a 2016 Toyota Tundra Platinum with a TRD PRO package, so that Team 5 could fulfill their mission.

Team 5’s concept: Following a disaster, deploy the QRF from Las Vegas with 1-2 team members and meet up with the team onsite. On missions, Team 5 typically provides medical care as well as medical education to make a long-term impact on a region. Stateside, Team 5 will be outfitted with all gear for a mission, including: personal safety gear, tents, sleeping bags, dehydrated food, clean water, etc. The donated Tundra will have limitless uses, and having Special Forces Medical Members with years of experience and training to run the missions, Team 5 projects impressive and impactful results.

With the Tundra donation, more than 35 sponsors in the industry came on board to assist in building a unique vehicle that can tackle about any disaster response situation.

The Tundra build includes gear from North American Rescue, Hurst Tools, Winkler Knives and Vetter Bags. And to reach remote places, an Icon suspension, General Tires, and a Warn winch held by an Expedition One bumper were added, plus roof racks by Equipment Expedition Outfitters. Finally, Vision X added over 10 different lighting options and an IR for night vision.

The build was completed thanks to Divine 1 Customs and Findlay Toyota who installed and customized, and finally wrapped with a donation by Patrick’s Signs 3M Control Tac.

Team 5 is a Special Operations Medical Foundation that reaches the overlooked, remote and forgotten places on the globe where other foundations just can’t reach or aren’t willing to go. The volunteer team educates local practitioners, runs medical & dental clinics, plastic surgery and reconstructive procedures, and then donates enough supplies for them to be self-sufficient. Team 5 spends days traveling by different conveyances, including: military C130s, helicopters, boats, 4x4s and trekking by foot to reach their locations. They are the "Trail Blazers" of the remote medical world. As platinum-rated 501c3 non-profit organization, they rely on donations to run deployments. Please follow Team 5 on social media.

“In order to be involved, you must first show up” 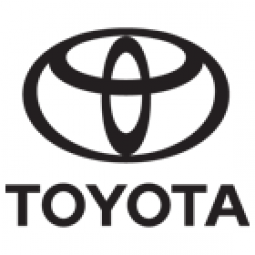