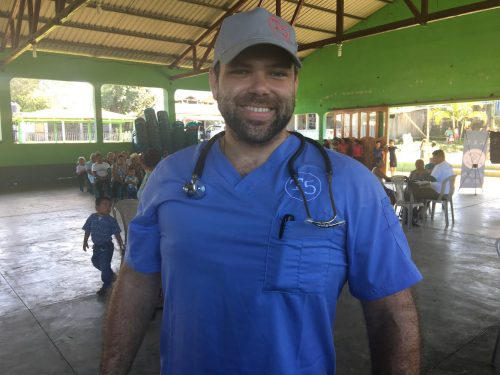 Adam Slank is the inventor and founder behind Fighter Design and other companies. Determined from a young age to build meaningful things that solved problems, he grew up in the isles of hardware stores, machine shops, and garages while working on projects that might “do this” or “solve that”. Ever since the bug caught him, he’s had a maniacal obsession with building, design and problem solving.

When he was 20, Adam started working with the military in a roundabout way. After inventing a free-fall parachute system and demonstrating it to the military, he was asked to design some K-9 equipment for the SEAL teams. After the start of the Iraq war, the use of dogs was booming and the equipment was slow, weak, and outdated. By coincidence, Adam had just bought his first German Shepherd and was interested in working dogs. His first request was a trigger-release dog leash, intended to work like a parachute break-away device via wire. It saw some action in combat and Adam started manufacturing more parachute style dog gear for customer requests. Those products included some brilliant customer inspired designs; a trigger-release dog muzzle, a jump rated collar, quick release leads, and custom harnesses. In 2005, Combat K-9™ was formed.

The war was in full swing in 2005 and the special operations' dog teams had frequent requests for new equipment designs.

Slank soon built a reputation as a problem solver in the Special Operations community, and his shop started to attract more exotic problems. Soon he was prototyping various ideas that team members wanted to create for themselves.

"It was a great time to be an inventor. I was living the dream and I loved my customers. Everywhere I looked, there was room for improvement," said Slank.

Customers began to call his shop the "think tank", and it began a place for early stage ideas. He first started working with Team-5 by building them air cooled “Airflow” pants for their jungle missions.

He is most proud of his involvement with the Team-5 organization and remains on call 24/7.