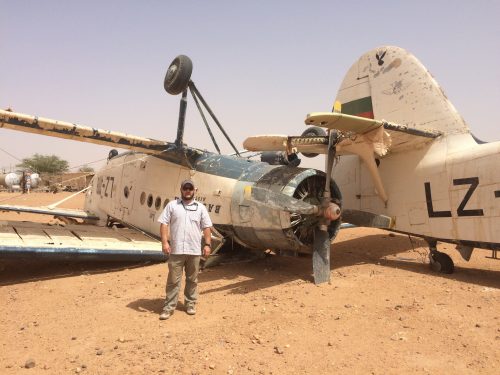 From a very early age, Dave exhibited a natural curiosity about cultures, travel, adventure, problem solving and the ways various systems worked, which led to a great interest in foreign affairs, humanitarian work and the habit of setting and meeting tough personal and professional challenges. This preparation, coupled with his natural interests and acquired experiences, became the stepping stone for a career of dedicated military service, international relations, system improvements and innovations and an extraordinary commitment to help others.

This commitment to service is exemplified in his stellar military record. Dave has served as Senior Special Forces Medical Sergeant in 20th Special Forces Group (Airborne), where he treated countless combat trauma patients both under fire and in the forward operational base, planned and executed remote clinical operations, and was awarded the Bronze Star Medal (with Valor) for tactical and medical actions during combat operations in Afghanistan. Additionally, Dave has continued to serve both the local and global community of medical, tactical, military and humanitarian operators through his relationships with U.S. veterans, national and international aide organizations, foreign nationals with whom he worked in combat, and groups in the U.S. who seek advice on managing aid programs in remote locations.

Based on his vast military and international experience, and his continuing commitment to system improvement wherever it is needed, he established Grey Medical Group (https://greymedicalgroup.com/) and The Eight 32 Group (http://www.eight32group.com/) privately held consulting companies which work with individuals across cultures and continents focusing on defense, intelligence and medical industries in a host of countries spanning SW Asia, Africa, Eastern Europe, and Central and South America.

Beyond his entrepreneurial efforts, military service and work as a community educator, Schneider continues to seek other ways to meet the needs of underserved populations with little or no access to even standard medical care and education. In 2011 he joined forces with Eric Linder, and Team 5 Medical Foundation, as the Director of Operations, organizing and conducting medical missions to remote locations around the world and providing modern, efficient and advanced healthcare practices to indigenous communities. Under his guidance, Team 5 has undertaken medical missions to Guatemala, Peru, Dominican Republic, St.Vincent and the Grenadines.

In addition to his experience, Schneider holds a B.A. in Modern Foreign Languages and a B.B.A in Finance from James Madison University.

July 2013: Saint Vincent and the Grenadines